High-flying, low profile, non-pretentious jet pilot and native Tennessean Andrew Bettis is a dead ringer for actor Chip Esten, who plays the fan favorite lead of “Deacon Claybourne” on ABC-TV’s Middle Tennessee-filmed series, Nashville. Bettis is also, without exception the most mechanically adept guy you’re likely to meet in any room, anywhere here, particularly if you are interested in discussing private jets. 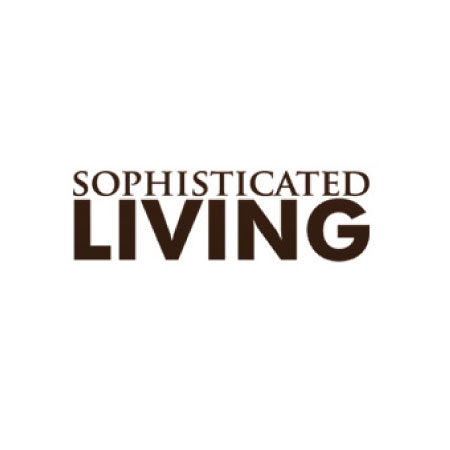 This article originally appeared in Sophisticated Living Nashville in the March/April 2015 edition.

Bettis is the founder and co-owner of AB Jets, a privately owned and operated charter sales and management company, which expanded here 24 months ago after celebrating 14 years of business in Memphis. The Nashville region recently ranked at number five on Forves.com’s fastest-growing cities in the nation list and home to more than 40,000 businesses and 1.8 million residents, according to the Nashville Area Chamber of Commerce, is no stranger to any American “Boom Town” designation. It is no wonder then that after two years of carefully testing the waters, Bettis and his partner, pilot David Turner, the company’s Director of Operations, made the wisely calculated decision to soar into the clouds here.

With Bettis on the ground in Middle Tennessee, AB Jets, which operates with eight jet aircraft our of Signature Flight Support at the Nashville International Airport, can more efficiently serve the area’s southeast region by offering more flight options and availability to clients. The company’s focus, with two new Lear 60’s sporting upgraded interiors and complimentary Wi-Fi service, is on 24-hour operations with as little as two hours’ notice. Frequent customers can enjoy extra savings by purchasing an “A to B Jet Card” in increments of 15 hours of flying time, according to Bettis, who says he appreciates “the personal relationships that tend to develop with our Jet Card holders.” His down-home, easy-going manner seems to have been a key factor in the 150 percent increase in business here in the past year. AB Jet’s extraordinary commitment to safety has earned the company the prestigious IS-Bao Stage II registration, as well as the coveted ARG/US Platinum certification, one of only 108 charter services out of 2044 nationwide. 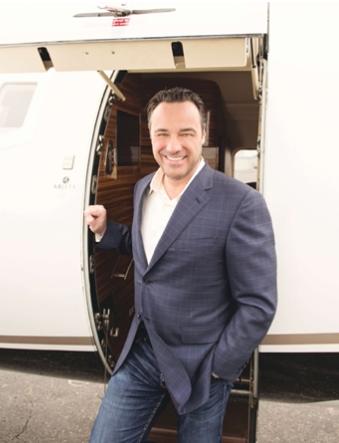 Bettis, whose father worked for American Airlines, knows every aspect of this highly specialized business. While working as a Lear jet captain for an air charter company, Bettis was approached at the age of 30 to start his own air charter company. “I was just young and energetic enough to do it,” he says. “I quit my job and sold my motorcycle for start-up money, and AB Jets became a company.” Bettis also adds, “during the economic downturn of 2008, when the prices of good, pre-owned airplanes were reduced by half, I saw an opportunity. By upgrading aircraft that still had a lot of life in them, and allowing someone else to absorb the initial depreciation costs, we could pass terrific value onto our customers. That’s how our current business model was created,” he explained.

AB Jets serves a niche group of individuals and companies which recognize how efficient use of time equates to adding intrinsic value to their lives and bottom lines. Through personal service and in-depth knowledge of its customer base, AB Jets is able to determine clients’ preferences for each flight. Bettis likens the experience to working with a local bank versus a national or a global financial institution. At a local bank, he says, the president of the bank most likely greets customers personally while at a national or global bank, top management almost certainly will not recognize you if you walk through their doors. Though the charter jet business is an elite service, Bettis ensures that his company also provides a comfortable, concierge experience. His ultimate goal, of course, is cultivating clients who want to fly with him again and again. Round-trip, anyone? 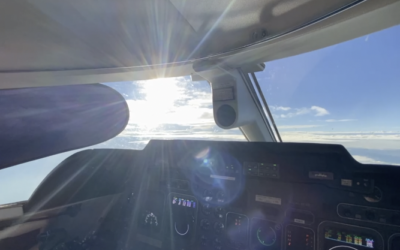 Where does AB Jets fly?

Choose from hundreds of departure and arrival locations. Your destination. Your schedule. Your preferences.

END_OF_DOCUMENT_TOKEN_TO_BE_REPLACED 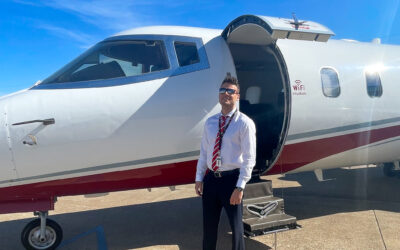 In his spare time, Adam is an Aerobatics pilot. We’re thrilled to have elite pilots like Adam on the AB Jets team.

END_OF_DOCUMENT_TOKEN_TO_BE_REPLACED 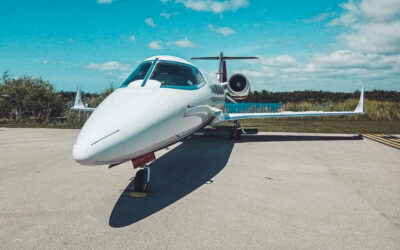 Get to the Game on Time

Spend your time at the tailgate instead of the departure gate.

END_OF_DOCUMENT_TOKEN_TO_BE_REPLACED